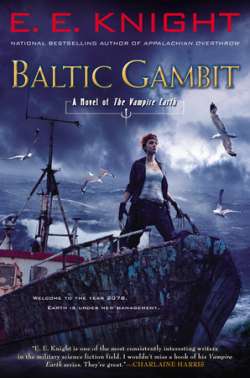 While out scouting in southern Indiana, Alessa Duvalier comes across a Kurian Conference being attended by every major military sect the Kurians have in the Midwest. Taking advantage of the strategic opportunity to cripple their enemy, Alessa and her warriors strike and achieve victory—only to discover an even greater threat to humanity.

Most of the world’s resistance leaders and the Lifeweavers are gathering for a peace conference in Helsinki, Finland, and according to the intelligence materials Alessa recovered during her raid, the Kurians have already inserted an agent among the delegates.

David Valentine is chosen to be head of security for the Army of Kentucky representatives—and Alessa ignores his order to stay behind. Now, thrust into a lethal intrigue that threatens the entire peace process, she learns that the Kurian agent may be the least of her concerns.

For the Lifeweavers themselves are about to reveal something that will devastate the Resistance...