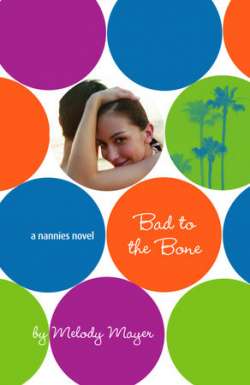 Bad to the Bone: A Nannies Novel

Put on your bikini and dive into The Nannies!

Esme is back at the Goldhagens’ ritzy estate, trying to juggle being a nanny and a celebrity tattoo artist. She’s trying to juggle guys as well. But none of this matters if a mistaken immigration raid gets her parents deported from the United States forever. . . .

Lydia has an entire Beverly Hills mansion to herself. It’s a dream come true, only with no money and no one to cuddle. She’s beyond bored. Until she meets a young R&B star and becomes part of her entourage. . . .

It’s round-the-clock craziness as Kiley’s boss prepares to rock out at the VMAs. In between running ridiculous errands and getting ready to start her senior year at Bel Air High, Kiley meets a super cute guy. A guy who tells her some really bad things about her boyfriend, Tom.