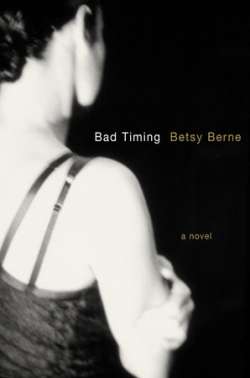 The last thing she wants is to fall in love with a married man — and a father, to boot — particularly now, when so many of her friends have already abandoned ship for husbands and babies, and certainly not while her biological clock is ticking so loudly she can barely sleep. But that’s exactly what happens to the single, unnamed, thirtysome-thing narrator of Bad Timing, who meets jazz musician and club owner Joseph Pendleton at a too-hip downtown party and becomes pregnant after their first night together.

Set in all-too-small New York universe of artists, musicians, and writers, in which the lives of our hapless heroine and her errant lover intersect repeatedly, with far fewer than six degrees of separation, Bad Timing memorably depicts a woman struggling to reconcile her need for love with the limits and liberties of an undercover affair. With a startlingly fresh take on some New York prototypes (the witty gay neighbor and the overbearing Jewish family) and devilish looks into the clubby world of art and magazine, Bad Timing is a memorably tart-yet-sweet story of modern love, lost and found.