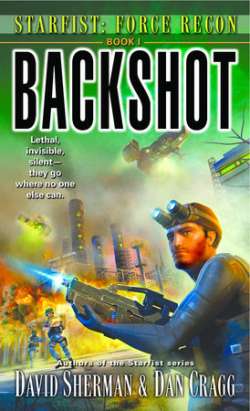 Jorge Lavager, charismatic leader of the mysterious Union of Margelan, ferociously guards an agricultural research facility on the planet Atlas. What that facility conceals will prove whether Lavager is an idealist seeking to unify Atlas under a banner of freedom and prosperity–or a tyrant aiming to control all of Human Space.

The Marines of Fourth Force Recon’s second platoon are dispatched to Atlas to uncover the truth. They will have to sneak past state-of-the-art surveillance equipment barring unlawful entry to the planet and land in a desolate area miles from their target. And if they discover lethal new weapons instead of legitimate research, the thirty-six Marines are to seize the compound–guarded by merciless, armed-to-the-teeth soldiers–and destroy it. But what the recon team finds on Atlas sets off a chain of events that will force some hard decisions on the Marines . . . and end in a deadly surprise.