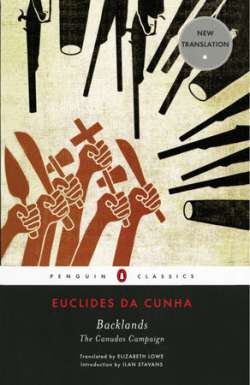 An important new translation of a fundamental work of Brazilian literature

Written by a former army lieutenant, civil engineer, and journalist, Backlands is Euclides da Cunha's vivid and poignant portrayal of Brazil's infamous War of Canudos. The deadliest civil war in Brazilian history, the conflict during the 1890s was between the government and the village of Canudos in the northeastern state of Bahia, which had been settled by 30,000 followers of the religious zealot Antonio Conselheiro. Far from just an objective retelling, da Cunha's story shows both the significance of this event and the complexities of Brazilian society.

Published here in a new translation by Elizabeth Lowe, and featuring an introduction by one of the foremost scholars of Latin America, this is sure to remain one of the best chronicles of war ever penned.