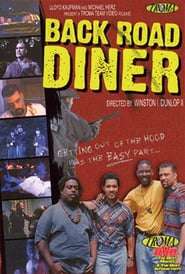 Four men from Harlem in their early 30's, friends from childhood, take a late summer break, heading out of town in a Mercury Monarch on a 30-plus-hour drive to a vacation spot. Wilson is an FBI agent, George a mechanic, Phil teaches African-American studies, and Dre's a doctor. They tease and reminisce, mostly about sex; they argue, mostly about racial politics. Then, late on the second night of the trip, they stop at a roadside diner. Phil and a cracker get in a pushing match, and soon fists are flying. The four drive off, but their woes have just begun as they get lost on a county road and the deputy sheriffs get a call to watch for four drug dealers who tried to rob the diner.

How To Watch Back Road Diner