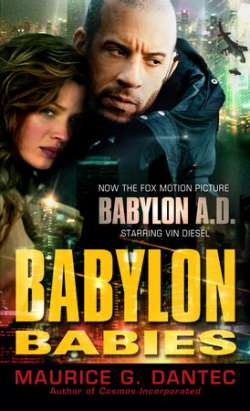 “What makes the novel so haunting is its vision of a near future in which society has fractured along every possible national, tribal and sectarian fault line.”
–The New York Times Book Review

In the hidden “flesh and chip” breeding grounds of the first cyborg communities, Toorop, a hard-boiled Special Forces veteran of Sarajevo, is hired by a shadow organization to escort a young woman, Marie Zorn, from Russia to Canada. But what appears to be a routine job is anything but. After completing the mission, Thoorop discovers that Marie is no ordinary girl. A genetically altered pawn in an elaborate plot, Marie is carrying a dark secret that could spell destruction for all humankind–if Thoorop doesn’t track her down before it’s too late.

“A vast encyclopedia of the future as seen through a crystal ball with cracks in the glass.”
–The Sydney Morning Herald