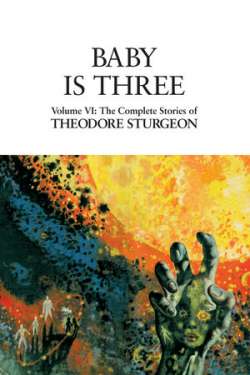 Baby Is Three is the sixth volume in the series devoted to the complete works of one of science fiction's titans. Like others in the series, this one includes extensive notes and background information on each story by editor Paul Williams. The early 1950s, during which this material was written, was the beginning of Sturgeon's greatest creative period. The title story for this collection was later expanded into the International Fantasy Award winning novel More Than Human. Sturgeon's whimsical, sardonic sense of humor lifts his work out of the mundane realm of genre science fiction. This wide-ranging collection shows precisely why he has been cited as a primary influence by authors as varied as Stephen King, Ray Bradbury, and Carl Sagan.