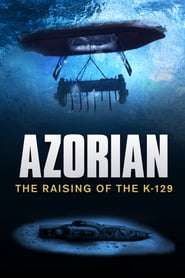 In 1968 the Soviet ballistic missile submarine K-129 sank in the Central North Pacific. American intelligence located it within weeks of its demise. The CIA crafted a secret program to raise the submarine in 1974. Now after much secrecy, this story can be told, by the men who made it happen and with never-before-seen footage of the actual salvage attempt, and new evidence of the project's successes and failures.

How To Watch Azorian: The Raising of the K-129