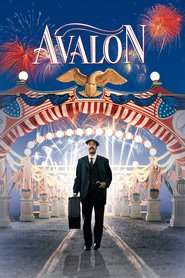 Avalon is the third in Levinson's semi-autobiographical series of four "Baltimore Films": Diner (1982), Tin Men (1987), Avalon (1990), and Liberty Heights (1999). The film is set in Baltimore in the early 1950s and explores the themes of Jewish assimilation into American life.

How To Watch Avalon