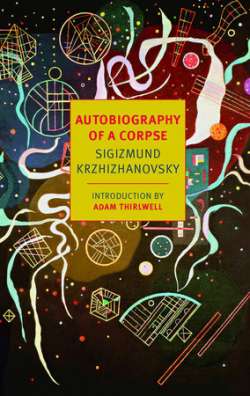 Autobiography of a Corpse

Winner of the  2014 PEN Translation Prize

Winner of the 2014 Read Russia Prize

The stakes are wildly high in Sigizmund Krzhizhanovsky’s fantastic and blackly comic philosophical fables, which abound in nested narratives and wild paradoxes. This new collection of eleven mind-bending and spellbinding tales includes some of Krzhizhanovsky’s most dazzling conceits: a provincial journalist who moves to Moscow finds his existence consumed by the autobiography of his room’s previous occupant; the fingers of a celebrated pianist’s right hand run away to spend a night alone on the city streets; a man’s lifelong quest to bite his own elbow inspires both a hugely popular circus act and a new refutation of Kant. Ordinary reality cracks open before our eyes in the pages of Autobiography of a Corpse, and the extraordinary spills out.