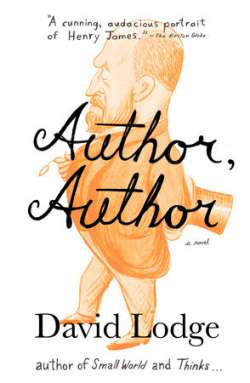 Henry James takes center stage in this brilliant story about literary ambition, creativity, and rivalry as revealed in the public career and private life of this most singular writer. Framed by a moving and dramatic account of his last illness, Author opens in the early 1880s, describing James’s close friendship with an illustrator named George du Maurier and his intimate but problematic relationship with fellow American novelist Constance Fenimore Woolson. At the end of the decade, Henry, worried by the failure of his books to sell, resolves to achieve fame and fortune as a playwright, while du Maurier diversifies into writing novels. The consequences that ensue mingle comedy, irony, pathos, and suspense. As Du Maurier’s novel Trilby becomes the bestseller of the century, Henry anxiously awaits the opening night of his make-or-break play, Guy Domville. This event, on January 5, 1895, and its complex sequel form the climax to Lodge’s absorbing novel.