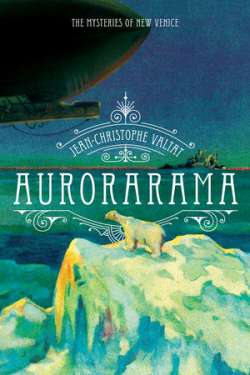 A seductive and shockingly inventive literary thriller that entwines suspense, history, the supernatural, adventure, steampunk, and a wicked sense of adventure into an intoxicating new genre.

EPISODE ONE IN AN ASTONISHING NEW SERIES

New Venice--the “pearl of the Arctic”--is a place of ice palaces and pneumatic tubes, of beautifully ornate sled-gondolas and elegant Victorian garb, of long nights and short days and endless vistas of crystalline ice. But as the city prepares for spring, it feels more like qarrtsiluni-- “the time when something is about to explode in the dark.”

Local “poletics” are wracked by tensions between the city’s security forces--the Subtle Army--and the Eskimos who were there first; by suffragette riots led by an underground music star; and by drug round-ups led by the ruthless secret police force known as the Gentlemen of the Night.

Meanwhile, a mysterious and ominous black airship hovers over the city like a supernatural threat--is New Venice about to come under assault, or is it another government ploy?

At the root of it all is an anonymous pamphlet calling for revolt, which the Gentlemen suspect was written by one of the city’s most prominent figures, Brentford Orsini. But as they tighten the net around him, Orsini receives a message from a long-lost love that compels him to radical action.