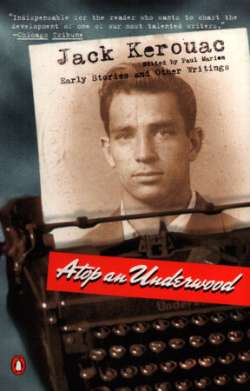 Before Jack Kerouac expressed the spirit of a generation in his 1957 classic, On the Road, he spent years figuring out how he wanted to live and, above all, learning how to write. Atop an Underwood brings together more than sixty previously unpublished works that Kerouac wrote before he was twenty-two, ranging from stories and poems to plays and parts of novels, including an excerpt from his 1943 merchant marine novel, The Sea Is My Brother. These writings reveal what Kerouac was thinking, doing, and dreaming during his formative years, and reflect his primary literary influences. Readers will also find in these works the source of Kerouac's spontaneous prose style.

Uncovering a fascinating missing link in Kerouac's development as a writer, Atop an Underwood is essential reading for Kerouac fans, scholars, and critics.