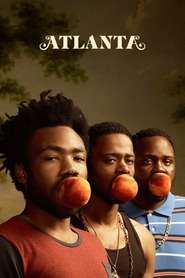 Alfred, aka Paper Boi, has scored a viral hit with his self-titled song, and his cousin Earn is helping him take his career to the next level. Paper Boi is getting his song on the radio and appearing on TV. But making it big might not be as easy after he's involved in shootings outside a gas station and a nightclub.