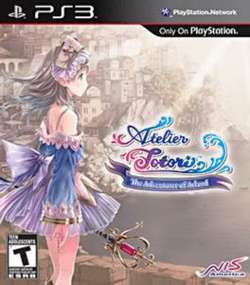 Atelier Totori: The Adventurer of Arland

Atelier Totori: The Adventurer of Arland is a Japanese role-playing video game developed by Gust. It takes the series alchemy driven gameplay and expands it towards encouraging exploration and discovery. Atelier Totori is the twelfth installment in the Atelier series, and it continues the series' emphasis on item synthesis. The game is the second in the Arland series and a direct sequel to Atelier Rorona: The Alchemist of Arland, taking place five years after the end of Atelier Rorona. It is followed by Atelier Meruru: The Apprentice of Arland.