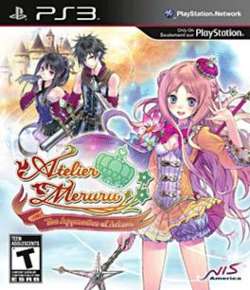 Atelier Meruru: The Apprentice of Arland

Atelier Meruru: The Apprentice of Arland is a Japanese role-playing video game developed by Gust. It is the third and final game in the Arland series and a direct sequel to Atelier Totori: The Adventurer of Arland. The game features a turn-based battle system. Battles are based on the idea that the princess, Meruru, is the leader and those accompanying her are considered "escorts." Meruru can use items in battle and depending on the conditions in battle, her escorts can chain attacks and the power of the items can be increased.