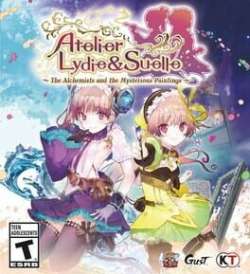 Atelier Lydie & Suelle: The Alchemists and the Mysterious Paintings

The newest game in the Atelier franchise and third game in the Mysterious series. The game features two main characters and is reported as being different than the last two Atelier: Mysterious games but details on it are to be released at a later date.