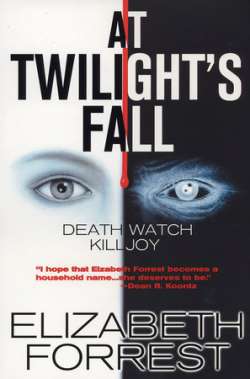 The supernatural suspense of Death Watch and KillJoy together for the first time!

Death Watch begins with a serial killer who escapes from Death Row and vanishes without a trace. Years later another killer begins to stalk the LA suburbs-or is it the original killer resurfacing? Beautiful young McKenzie Smith is caught up in this deadly legacy of fear and bloodshed, when she's targeted as the perfect victim by a mastermind of evil.

In Killjoy, Brand knew too much about the world beyond the outer edges of sanity. Given experimental VR treatments by a psychologist with a deadly obsession of her own, Brand has fallen victim to her madness, and must fight a constant battle against the persona of the serial killer implanted in his brain and the unstoppable force of evil called Killjoy...