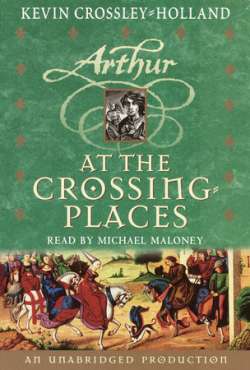 At the Crossing Places

Arthur de Caldicot has achieved his dream: He now serves as squire to Lord Stephen of Holt Castle. But this new world opens up fresh visions as well as old concerns. Arthur longs to escape the shadow of his unfeeling father and meet his birth mother. To marry the beautiful Winnie, but maintain his ties with his friend Gatty. And to become a Crusader, with all the questions of might and right involved.

Just as he so brilliantly did in THE SEEING STONE, Kevin Crossley-Holland weaves Arthurian legend with everyday medieval life in the unforgettable story of one hero's coming of age.