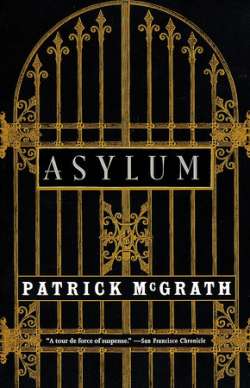 Patrick McGrath has created his most psychologically penetrating vision to date: a nightmare world rocked to its foundations by a passion of such force and intensity that it shatters the lives--and minds--of all who are touched by it.

Stella Raphael, a woman of great beauty and formidable intelligence, is married to Max, a staid and unimaginative forensic psychiatrist. Max has taken a job in a huge top-security mental hospital in rural England, and Stella, far from London society, finds herself restless and bored. Into her lonely existence comes Edgar Stark, a brilliant sculptor confined to the hospital after killing his wife in a psychotic rage. He comes to Stella's garden to rebuild an old Victorian conservatory there, and Stella cannot ignore her overwhelming physical attraction to this desperate man. Their explosive affair pits them against Stella's husband, her child, and the entire institution. When the crisis comes to a head, Stella makes a decision--one that will destroy several lives and precipitate an appalling tragedy that could only be fueled by illicit sexual love.