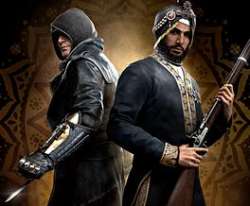 The Last Maharaja is a single-player downloadable content addition for Assassin's Creed: Syndicate and was released on 1 March 2016. The content consists of ten missions in which Jacob and Evie Frye aid Duleep Singh, the youngest son of Ranjit Singh, in reclaiming his birthright as Maharaja.