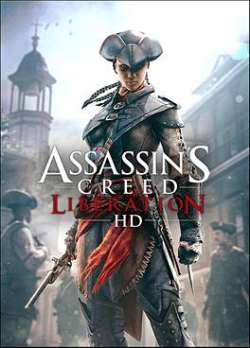 In the modern day, Abstergo Entertainment, a subsidiary of Abstergo which is in charge of producing multimedia goods, releases their first major product, Liberation, a video game about the life of the Assassin Aveline de Grandpré. The game, however, is heavily censored, with any details regarding the Assassins - Templar war being comitted, in an attempt to portray the Assassins as the villainous force. As the player progresses through the game, they are greeted by messages from a group of hackers known as Erudito, giving them access to the full story hidden behind Abstergo's censoring attempts.