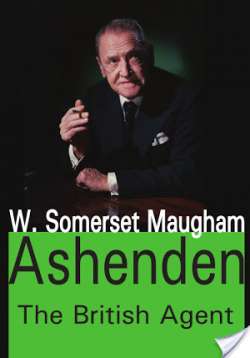 Fact is a poor story-teller as Maugham reminds us. Fact starts a story at random, rambles on inconsequently and tails off , leaving loose ends, without a conclusion. It works up to an interesting situation, has no sense of climax and whittles away its dramatic effects in irrelevance. While some novelists believe this is a proper model for fiction, Maugham believes that fiction should not seek to copy life, but instead choose from life what is curious, telling, and dramatic, but keep to it closely enough not to shock the reader into disbelief. In short, fiction should excite, interest, and absorb the reader. Ashenden: The British Agent is founded on Maugham's experiences in the English Intelligence Department during World War I, but rearranged for the purposes of fiction. This fascinating book contains the most expert stories of espionage ever written. For a period of time after it was first published the book became official required reading for persons entering the secret service. The plot follows the imaginary John Ashenden who during World War I is a spy for British Intelligence. He is sent first to Geneva and later to Russia. Instead of one story from start to finish, the chapters contain individual stories involving many different characters. All of the people whom Ashenden meet during his travels have their own reason for being involved in the spy game, and each are more complex than they first look.