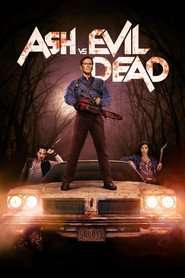 Bruce Campbell reprises his role as Ash Williams, an aging lothario and chainsaw-handed monster hunter who’s spent the last three decades avoiding maturity, and the terrors of the Evil Dead. But when a Deadite plague threatens to destroy all of mankind, he’s forced to face his demons — both metaphorical and literal.