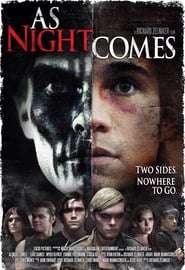 Troubled 17-year-old Sean Holloway falls in with a group of teenage outcasts called 'The Misfits,' whose charismatic leader, Ricky, takes him under his wing. But as Sean becomes more and more entangled in the gang's anarchist ways, things begin to spiral out of control, and Sean realizes Ricky is a ticking time bomb on a rampage of revenge. On the eve of Halloween, as night comes, everything explodes?

How To Watch As Night Comes