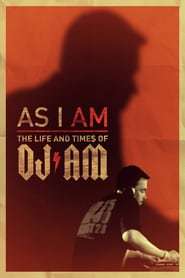 As I AM: the Life and Times of DJ AM

"Adam Goldstein was friend to many in the '90s L.A. party scene, where he threw himself into a newfound life as DJ AM. Overcoming several obstacles, including a troubled familial relationship and various addictions, DJ AM quickly rose to the top of the music industry. A pioneer of the mashup movement, he became one of the most recognizable DJs in the world. However, he remained haunted by the demons of his past. After cheating death in a plane crash, a subsequent overdose lead to his untimely death.