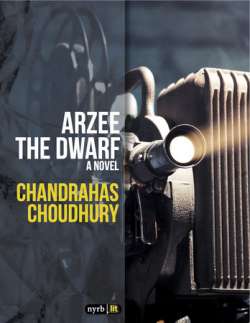 Arzee the dwarf had a dream, and now that dream has come true. Arzee has just been crowned as head projectionist at the Noor, the Bombay cinema where he has been working since his teens. The Noor's vast, encircling darkness, the projection room's invisible perch above the vault of the cinema on one side and the bustle of south Bombay on the other, the grand illusion-making of the great beam: these riches are what give Arzee the power and the heft that his own body does not possess. Arzee is sure that the worst of his troubles are behind him, and that he can now marry and settle down -- even if his wife is someone his fond mother has had to scout for him.

But not for the first time, Arzee has it all wrong! The Noor is about to be closed down, taking away to its grave all his hopes of this world and his walls against it. A new darkness threatens, more sinister than the comforting womb-night of the Noor. Arzee knows he will be crushed by that new cycle of rage and impotence, all these added to the perpetual indignity of walking face-to-face with "the crotches and asses of this world".

Arzee the Dwarf follows Arzee over two weeks, setting off Arzee's frenzied plotting and pleading against the beating and pulsing of the great city around him. The narration vividly brings to life not just the protagonist, but also a host of characters to whom Arzee turns in his hour of need: the departing head projectionist Phiroz, the sneering faux-gangster Deepak, the poetical taxi-driver Dashrath Tiwari, the enigmatic hairdresser Monique, and the garrulous and homely Shireen.

Can Arzee fight off all the forces that menace his world, or will the vast city that he loves succeed in crushing him? Chandrahas Choudhury's bittersweet comedy, selected by World Literature Today as one of 60 essential works of modern Indian literature in English, is a novel about the strange beauty of human dreaming.