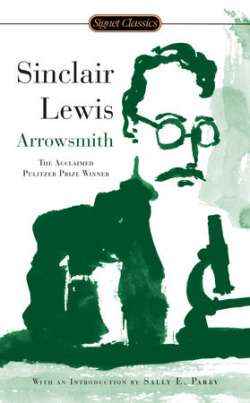 With an afterword by E. L. Doctorow—the Pulitzer Prize-winning novel of one man’s pursuit of intellectual freedom in the face of ignorance and corruption, from the author of Babbit

Arrowsmith, the most widely read of Sinclair Lewis’s novels, is the incisive portrait of a man passionately devoted to science. As a bright, curious boy in a small Midwestern town, Martin Arrowsmith spends his free time in old Doc Vickerson’s office avidly devouring medical texts. Destined to become a physician and a researcher, he discovers that societal forces of ignorance, greed, and corruption can be as life-threatening as the plague.

With an Introduction by Sally E. Parry
and an Afterword by E. L. Doctorow