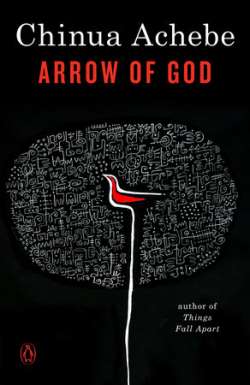 Regarded by Chinua Achebe as his greatest achievement, Arrow of God is a tale of the generation that came after Okonkwo as they took up their own struggle between continuity and change.

Ezeulu, the headstrong chief priest of the god Ulu, is worshipped by the six villages of Umuaro. But his authority is increasingly under threat—from rivals within his tribe, from functionaries of the colonial government, and even from his own family members. Yet he believes himself to be untouchable: surely he is an arrow in the bow of his God? Armed with this belief, he is prepared to lead his people, even if it is towards their own destruction. But his people will not be dominated so easily.

Spare and powerful, Arrow of God is an unforgettable portrayal of the loss of faith, and the downfall of a man in a society forever altered by colonialism.