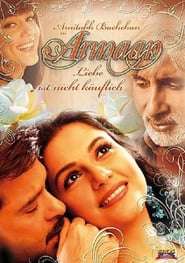 Dr. Siddharth Sinha is a dedicated selfless doctor who dreams of building a state-of-the-art hospital with all the modern instruments and amenities for patient care . His foster son Akash shares his dream . Akash falls in love with Neha Mathur , an anaesthetist in the same hospital . In a friend's party , Akash meets Sonia who is a spoilt daughter of a millionaire Gulshan Kapoor . Sonia develops an infatuation for Akash . Gulshan Kapoor proposes to Dr. Siddharth Sinha that he will donate a big sum of money to his hospital , on the condition that Akash marries Sonia . Dr. Siddharth Sinha declines but dies of a heart attack a few days later . Burdened with fulfilling his father's dream , Akash decides to marry Sonia sacrificing his own love . But even after marriage Sonia is jealous of Neha and constantly accuses Akash of infidelity which leaves him in a dilemma , torn between two women .

How To Watch Armaan