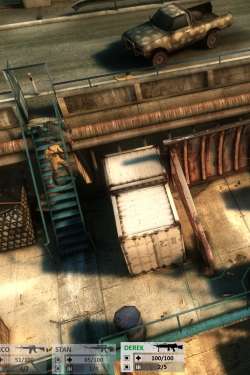 Arma Tactics is a turn-based close-combat strategy game, where you take control of a four-member Special Forces team. There are no given strategies rails to move on, or paths to follow; it's up to you to decide how you will play through both the story-driven missions and generated missions with randomized objectives. Whether using stealth or a more direct approach, you will need to use your strategic thinking and use both basic and advanced weaponry while facing many different opponents ranging from unorganized local militia to smart and skilled mercenaries. With highly replayable missions, achievements, weapons to unlock and two single-player campaigns, Arma Tactics offers many hours of intense ever-changing action.