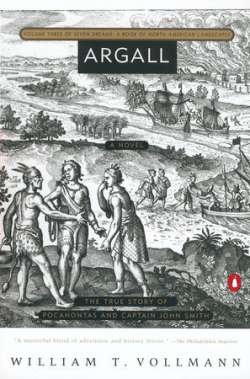 In Argall, the newest novel in his Seven Dreams series, William T. Vollmann alternates between extravagant Elizabethan language and gritty realism in an attempt to dig beneath the legend surrounding Pocahontas, John Smith, and the founding of the Jamestown colony in Virginia-as well as the betrayals, disappointments, and atrocities behind it. With the same panoramic vision, mythic sensibility, and stylistic daring that he brought to the previous novels in the Seven Dreams series-hailed upon its inception as "the most important literary project of the '90s" (The Washington Post)-Vollmann continues his hugely original fictional history of the clash of Native Americans and Europeans in the New World. In reconstructing America's past as tragedy, nightmare, and bloody spectacle, Vollmann does nothing less than reinvent the American novel.