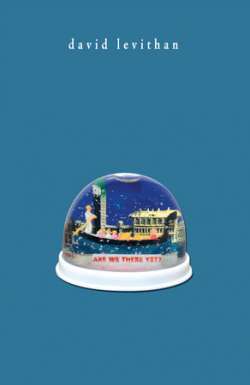 Are We There Yet?

Take a trip to Italy in this “introspective, moving, and honest” (Publishers Weekly) novel by bestselling author David Levithan (Every Day; Will Grayson, Will Grayson with John Green) in which fledgling family bonds are threatened by new love.

Sixteen-year-old Elijah is completely mellow and his 23-year-old brother Danny is completely not, so it's no wonder they can barely tolerate one another. So what better way to repair their broken relationship than to trick them into taking a trip to Italy together? Soon, though, their parents' perfect solution has become Danny and Elijah's nightmare as they're forced to spend countless hours together. But then Elijah meets Julia, and soon the brothers aren't together nearly as much. And when Julia suddenly decides that maybe it's Danny she's really interested in, Danny has a decision to make: does he honor his relationship with the brother he thinks hates him, or does he follow his heart, which sorely needs some repairing of its own?Elijah and Danny don’t think they have anything in common except their parents. Danny thinks Elijah is a lazy, slacking, clueless dreamer who doesn’t know how to make a living. Elijah thinks Danny is a workaholic, stuck-up, soulless drone who doesn’t know how to make a life. Yes, they’re brothers.

Elijah and Danny aren’t sure it’s going to work. Until they each meet a girl—the same girl. Julia. And nothing will ever be the same again.

AN ALA BEST BOOK FOR YOUNG ADULTS