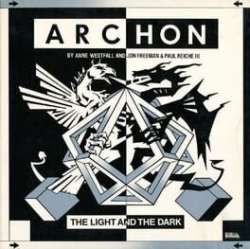 Archon: The Light and the Dark was a game developed by Free Fall Associates which loosely modeled the game of Chess, with a number of additions to the gameplay. It was programmed by Anne Westfall, and released originally for Atari 8-bit computers in 1983. It was quickly ported to a number of different systems, and was well-received.