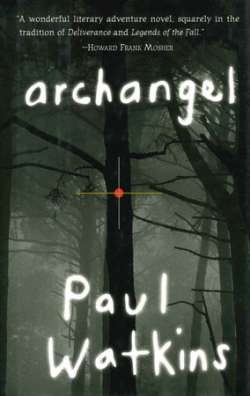 Present-day Russia is the setting for this stunning new novel from Robert Harris, author of the bestsellers Fatherland and Enigma.
Archangel tells the story of four days in the life of Fluke Kelso, a dissipated, middle-aged former Oxford historian, who is in Moscow to attend a conference on the newly opened Soviet archives.
One night, Kelso is visited in his hotel room by an old NKVD officer, a former bodyguard of the secret police chief, Lavrenty Beria. The old man claims to have been at Stalin's dacha on the night Stalin had his fatal stroke, and to have helped Beria steal the dictator's private papers, among them a notebook.
Kelso decides to use his last morning in Moscow to check out the old man's story. But what starts as an idle inquiry in the Lenin Library soon turns into a murderous chase across nighttime Moscow and up to northern Russia--to the vast forests near the White Sea port of Archangel, where the final secret of Josef Stalin has been hidden for almost half a century.
Archangel combines the imaginative sweep and dark suspense of Fatherland with the meticulous historical detail of Enigma. The result is Robert Harris's most compelling novel yet.