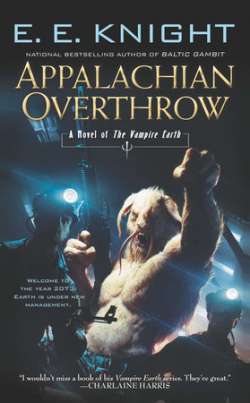 Captured and sold to the Kurian-allied Maynes Conglomerate to work as a slave in the coal mines of Appalachia, Ahn-Kha is angered and appalled by the dangerous working conditions and the brutal treatment inflicted upon his fellow miners.

When a protest against shortages is deliberately and bloodily suppressed, Ahn-Kha sets himself against the ruling Maynes family and sets out on a trail of vengeance through the Coal Country.

The people of the Coal Country now have a leader—a powerful and battle-hardened leader determined to forge them into an army that will wage guerrilla warfare against the Maynes family and their Kurian masters—and free the Appalachians from their tyranny....