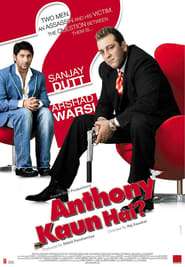 Small-time crook, Champa Chaudhary alias 'Champ' forges passports, photographs, and deeds in Thailand. He is arrested by the Police, tried and sentenced to six months in jail, and this is where he meets a supposedly dumb and deaf inmate, Raghuvir Sharma, serving a life sentence of stealing diamonds. Champ finds out that Raghuvir is not deaf nor dumb, and offers him a share if he springs him out of prison, to which Champ agrees. As soon as Champ's term is over, he gets discharged and prepares forged release documents for Raghuvir and in this manner gets him legally out of jail. The two then hideout in a house deep in the country, where Raghuvir is re-united with his daughter, Jia.