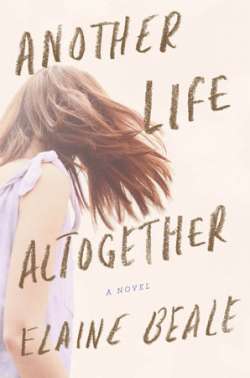 A keenly observed depiction of the effects of a mother’s mental illness on her young daughter, Another Life Altogether is a profoundly moving, funny, and ultimately heartrending coming-of-age story.

After years of living in the shadow of her mother’s mental illness, Jesse Bennett is given a fresh chance at happiness when her family moves to a village in northern England. But just as it seems that she might be able to build a perfect life for herself after befriending two of her new school’s most popular girls, her mother’s worsening mental state and the secret Jesse fiercely guards about herself threaten to destroy her fragile stability. Caught in the storm of her mother’s moods, her father’s desperation, and her classmates’ strict adherence to cruel social hierarchies, Jesse is forced to choose between doing what’s right and preserving her long-held hope for a normal life.

At the heart of a maddening, eccentric, and ultimately lovable family—from her manic mother and her long-suffering father to her blowsy Aunt Mabel and her Uncle Ted, a comically inept criminal—Jesse is an utterly sympathetic narrator who navigates the ups and downs of adolescence with insight, emotional vulnerability, and a wickedly sharp sense of humor. Alternately hilarious and heartbreaking, Another Life Altogether marks the arrival of an immensely gifted novelist.