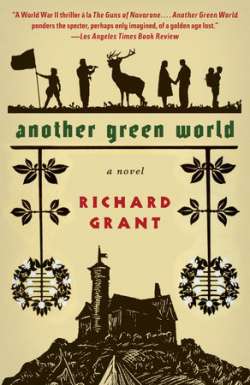 In 1929, at a youth summit in the Weimar Republic, a group of young Americans meet on a remote mountaintop. Their shifting alliances, rivalries and sexual intrigues foreshadow the turmoil and violence that will soon engulf Europe.

Fifteen years later, these men and women are suddenly reunited as one of them discovers an incendiary document from Heinrich Himmler, offering proof of Hitler’s Final Solution. A journey from the confusions of youth into the chaos of war, Another Green World reaches from the last shimmering summer before the Great Depression into the darkest precincts of the twentieth century.