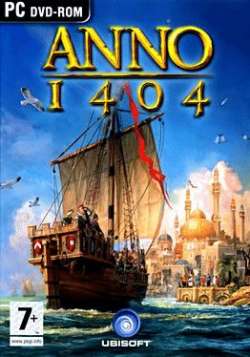 Anno 1404 is a city-building and economic simulation game with real-time strategy elements. Released in 2009, it was developed by Related Designs, produced by Blue Byte, and published by Ubisoft. Though the game centers on a series of fictional events, the overall concept of the storyline is based upon real life aspects of medieval and renaissance history such as the Crusades, advancements in gothic architecture, construction of cathedrals, and hanseatic trade involving the rise of patrician merchants and early forms of capitalism.