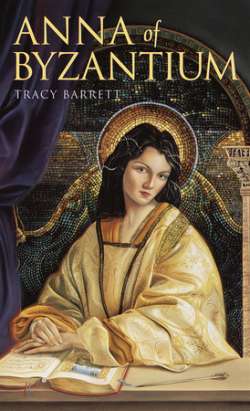 For fans of Joan of Arc and Alexander the Great, comes "a gripping saga of alliances, intrigues, deceits, and treacheries" about Anna Comnena of the Byzantine Empire.

Anna Comnena has every reason to feel entitled. She's a princess, her father's firstborn and his chosen successor. Someday she expects to sit on the throne and rule the vast Byzantine Empire. So the birth of a baby brother doesn't perturb her. Nor do the "barbarians" from foreign lands, who think only a son should ascend to power. Anna is as dismissive of them as are her father and his most trusted adviser--his mother, a manipulative woman with whom Anna studies the art of diplomacy. Anna relishes her lessons, proving adept at checkmating opponents in swift moves of mental chess. But as she matures into a young woman, her arrogance and intelligence threaten her grandmother. Anna will be no one's puppet. Almost overnight, Anna sees her dreams of power wrenched from her and bestowed on her little brother. Bitter at the betrayal, Anna waits to avenge herself, and to seize what is rightfully hers.

Praise for Anna of Byzantium:
A Bulletin Blue Ribbon Book
An ALA Quick Pick
An ALA Best Book for Young Adults
A Booklist Editor's Choice
A Booklist Top Ten Historical Fiction Pick

[STAR] "[Anna of Byzantium] involves readers in a gripping saga of alliances, intrigues, deceits, and treacheries worthy of a place among the tragic myths." — The Bulletin, Starred review

"In the tradition of E. L. Konigsburg's A Proud Taste for Scarlet and Miniver and Karen Cushman's Catherine, Called Birdy comes this story of a real-life historical figure, Anna Commena, groomed to be the sovereign of the Byzantine empire…Barrett uses an effective first-person narrative to draw readers into Anna's story, and the author's precise use of detail helps re-create Anna's world, the palace of Constantinople in the ninth century. . . Readers will be caught up in…this exciting read."—Booklist, Boxed review

"Barrett does a remarkable job of painting moods and emotions with spare, elegant sentences. . . This splendid novel about a neglected period of history is the perfect choice. . . Hard to imagine it being any better written." —VOYA

"This wonderfully engaging novel both entertains and serves as a lively history lesson with its well-researched background, dramatic plot and dimensional characters. Barrett's descriptive, engaging prose will draw readers into a fascinating historical time, filled with political intrigue and a complex, admirable teen protagonist who faces her changing future with an inspiring combination of heart and mind."— Wichita Eagle