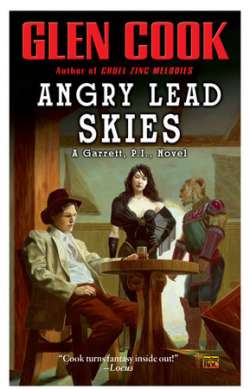 A series far ahead of its time, now back in print

Anyone else would have learned by now: when trouble comes knocking, don't open the door. But there's a reason why Garrett's still in the P.I. business after all these years-he's not one to learn his lessons. Maybe that's why he lets himself get roped into being a bodyguard for Kip Prose, an obnoxious kid being threatened by creatures that can't quite be described. But before Kip Prose has a chance to explain what he's done to get on the hit list of some nameless nasties, the precocious Prose is abducted, and the chase begins...