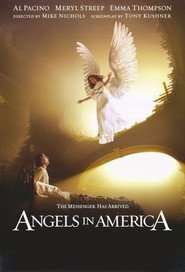 Angels in America is a 2003 HBO miniseries adapted from the Pulitzer Prize-winning play of the same name by Tony Kushner. Set in 1985, the film has at its core the story of two couples whose relationships dissolve amidst the backdrop of Reagan era politics, the spreading AIDS epidemic, and a rapidly changing social and political climate.

How To Watch Angels in America