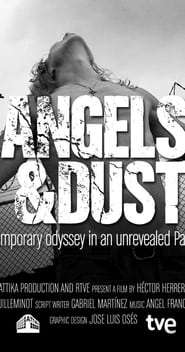 Music producer Professor Angel Dust and his wife Kene are arrested at Panama airport on their way back to Barcelona. Their daughter is taken into custody by the local social services. Angel's brother Mauricio is in shock. Forced to park his life in Spain, he flies to Panama to take custody of his niece, find a lawyer and seek protection for his brother in prison. After two months, he succeeds in bringing his niece back home, but has to fly back to Panama for the trial of his brother and sister-in-law... His journey will become a contemporary 'odyssey' full of overwhelming encounters with characters whose philosophy of life and daily routines illustrate some of the human paradoxes to their very limits.