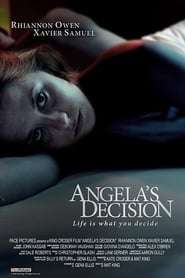 Living in the middle of Australia's desolate landscape, Angela has been waiting all her life. Waiting for her boyfriend to return from the army and marry her, waiting for her mother to sober up, waiting for her life to begin. On the return of her boyfriend Will, Angela looks around at her bleak surroundings, her friends with their unplanned pregnancies, desperate marriages, and dead-end jobs and realizes that she cannot spend the rest of her life in a small town with no future. As Will prepares to return to the army and her mother prepares to move in with yet another man, Angela makes a decision that will change her life forever.

How To Watch Angela's Decision