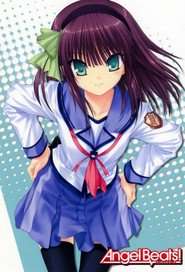 Angel Beats takes place in the afterlife and focuses on Otonashi, a boy who lost his memories of his life after dying. He is enrolled into the afterlife school and meets a girl named Yuri who invites him to join the Afterlife Battlefront — an organization she leads which fights against God. The Battlefront fight against the student council president Angel, a girl with supernatural powers.