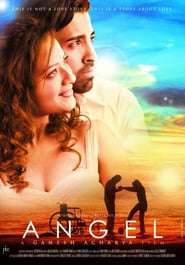 D.N. Nagar Police are summoned to a Chawl where they arrest Abhay Chawla, who was recently discharged from jail after serving a two-year sentence for running over a man. While being held in the prison cell, Abhay reflects on his life - his acrimonious relationship with his mom, Aarati; brother Rohan; and Bhabi Priya. Not only did they never visit him in prison but they also moved without informing him. Upon being dramatically re-united, Rohan permits him to live with them and even hires him in his garage. Abhay brings a wheelchair-bound physically challenged woman, Sonal Mahajan, to a family gathering, and Rohan asks both to leave. But nothing will prepare the Chawla family for the shock when they will be told that Abhay has been arrested again - this time for Sexual Molestation. Written by rAjOo (gunwanti@hotmail.com)