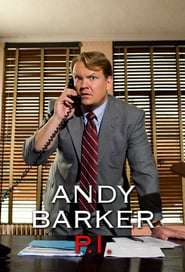 Andy Barker, P.I. is an American detective sitcom starring Andy Richter produced and broadcast by NBC, and co-starring Tony Hale, Marshall Manesh, Harve Presnell and Clea Lewis. Richter plays Andy Barker, a certified public accountant who reluctantly becomes a private investigator after he is mistaken for the former office tenant, a private eye, now retired. Andy develops a taste for solving cases, assisted by the former P.I., a film buff owner of the downstairs video store, a surveillance-expert restaurateur and, as time goes on, his wife. The show was produced for one season, and was scheduled to run a six-episode, five-week course starting Thursday, March 15, 2007 on NBC. However, the series was cancelled and removed from the Thursday lineup after the fourth episode aired. The final two episodes aired on Saturday, April 14. The series now airs on Universal HD.

How To Watch Andy Barker, P.I.