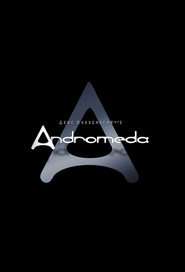 Andromeda is a Canadian/American science fiction television series, based on unused material by the late Star Trek creator Gene Roddenberry, developed by Robert Hewitt Wolfe, and produced by Roddenberry's widow, Majel Barrett. It starred Kevin Sorbo as High Guard Captain Dylan Hunt. The series premiered on October 2, 2000 and ended on May 13, 2005. Andromeda was filmed in Vancouver, British Columbia, Canada, and produced by Tribune Entertainment and Fireworks Entertainment. It was distributed by Global TV in Canada and syndicated in the United States on WGN and other channels. It was picked up by the Sci-Fi Channel in the U.S. halfway through season four. Andromeda is one of two TV series based upon concepts Roddenberry had created as early as the 1960s and 1970s. The name Dylan Hunt had also been used for the hero of two TV movie pilots Roddenberry had produced in the mid-1970s, Genesis II and Planet Earth, which had a similar premise. The other series posthumously created from Roddenberry's notes is Earth: Final Conflict.

How To Watch Andromeda